Enersize Oyj ("Enersize") has filed a patent application on 2018-09-03 as part of the company's efforts to create a strong patent portfolio. The application relates to a newly developed method for measuring and quantifying energy efficiency and savings, which is not affected by variations over time in a factory's compressed air consumption.

The patent application has been submitted to Sweden and applications in China are scheduled to be made later by means of priority procedures. The company and the company's patent representative have assessed the likelihood that patent applications will be approved as very good and that the patents will provide strong protection for the invention.

A granted patent entails an exclusive right of 20 years from the date of application.

The invention means that one can measure and quantify a system's energy efficiency regardless of the amount of air consumed by a factory. Because the manufacturing rate often varies in a factory, both daily and over longer periods, it means that the compressed air consumption of manufacturers also varies greatly. To unambiguously and verifiably determine which level of savings has been achieved, regardless of whether the production levels have changed, it is very important, especially where profit-sharing contracts are applicable.

The efficiency of industrial compressed air systems is strongly dependent on the volume of compressed air produced by several complex relations. This means that energy consumption does not follow the production level in the factory in a simple or predictable way. Slight changes in production levels can, for example, show great fluctuations in efficiency, both upward and downward. Large variations in production levels can occur depending on the amount of compressed air being used by a factory and how it is being used. For example, the number of production lines running, how many shifts that work, temporary downtime, rebuilding production lines or changing production methods. These are major challenges in order to accurately measure energy efficiency and be able to determine energy savings made. Natural seasonal variations in outdoor temperature and humidity can also affect the energy efficiency of a system.

Enersize’s experience is that customers see great uncertainties and challenges using an average method for measuring savings. The Board's assessment is that average methods in many cases give a completely wrong estimate of the savings made.

Being the only company in the market to offer this kind of fair and verifiable measurement method for savings makes strong customer benefits. The now filed patent application enables Enersize to openly disclose the customer's calculation methodology and also provide independent third-party verification. The possible transparency is expected to affect sales and projects positively in the future. With a verifiable and scientifically-based measurement method, the field tolerance in the measurements can also be reduced, which benefits Enersize in cases where profit-sharing agreements are applicable.

About the Patent Application

The invention has been developed by the Enersize Research Department in Lund. As previously announced, ongoing work on research and development in Enersize is ongoing with the aim of building a strong intellectual property rights portfolio in computer-based analysis of compressed air systems. This patent application is the third in the scheme submitted.

Patent applications and news reviews have been conducted by Awapatent, one of the leading IP consulting companies with operations in Europe and China, with 165 IP consultants, advisors and patent attorneys. Awapatent is headquartered in Malmö, founded in 1897 and has several Fortune 500 companies as customers.

The patent application has been submitted to Sweden and the intention is to expand internationally and in China by means of international PCT applications. The patent application concerns a so-called method patent. A granted patent entails an exclusive right of 20 years from the date of application. As the application is filed, priority is given to the protection of inventions, which means that upon a later approval of the patents, protection will be covered from the filing dates. This means that Enersize can already utilize an upcoming, expected approval through, for example, licensing of the technology without having to wait for an approval, known as Patent Pending.

The patent application has been registered under the application number 1851039-6 of PRV.

The patent application review process is dependent on many factors, such as previously published or unpublished patents, patent applications or technologies, claims for payment of different patents, extension to other countries with own review processes and more. This implies that there are a number of general risks associated with both the application and review process which may limit the patent protection of the inventions to the extent or not achieved. Even approved patents can be challenged in court, which may imply a later risk of the protection of inventions being limited or disappear.

"It sounds easy to accurately measure and compare the energy consumption of a factory compressed air system over time, but the truth is quite different. In today's factories, production changes take place quickly and production is adjusted just-in-time after sales and market prospects. Being alone in the world to offer fair measurements that handle this is a strong sales argument for the benefit of Enersize."

"In a clear, transparent and scientifically verifiable way, measuring savings is one of the things that our customers request the most. Thanks to the fact that we have now filed a patent application, we can be completely open with our customers about our unique measurement methodology, which is a big step forward for our part, and I hope this can give a response to project sales."

"It is gratifying to be able to add yet another strategically important invention to Enersize's intellectual property rights portfolio. What's more fun is that each application raises the level compared to existing technology with gigant leaps." 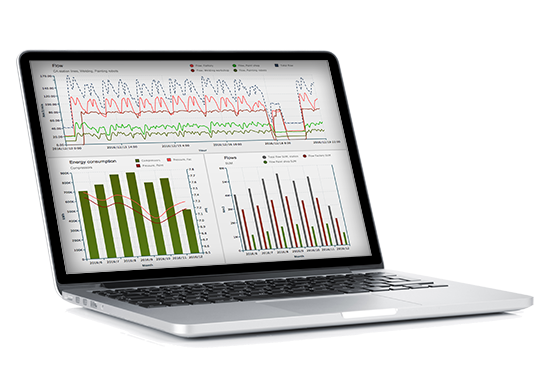 More from the Newsletter

Trends in the magic world of compressed air – where are we going?

Welcome to the first article in a series addressing the evolution of compressed air optimization. Part 1: Energy optimization, trends,

Massive energy savings are just around the corner!

The savings potential is massive! In 2020, the global industry consumed 1000 TWh of energy to generate compressed air, but

Nasdaq First North-listed Enersize strengthens the management team with Stephanie Alvarez Fernandez in the role of CTO, and Rebeca Rubio López as Software Manager. The company has carried out a number of key recruitments within the research and development department in order to accelerate the work of developing the next generation of cloud-based software for compressed air optimization.

Enersize Oyj (“Enersize” or the “Company”) has today published the Company’s Annual Report for 2021 (in Swedish) on the Company’s website enersize.com, and the report is attached to this press release.

Enersize Advanced Research AB has received an order from the Indonesian company PT Cicor Panatec. The order applies to system analysis and equipment used together with Enersize’s Software-as-a-Service platform Compressed Air Services for energy optimization of industrial compressed air. The order value initially amounts to the equivalent of approximately SEK 200,000 (approximately EUR 20,000), and can then be extended to the Enersize complete solution.

Enersize focuses on software and centralizes operations in Lund